RED flags: The lessons on forgiveness Taylor left out of All Too Well 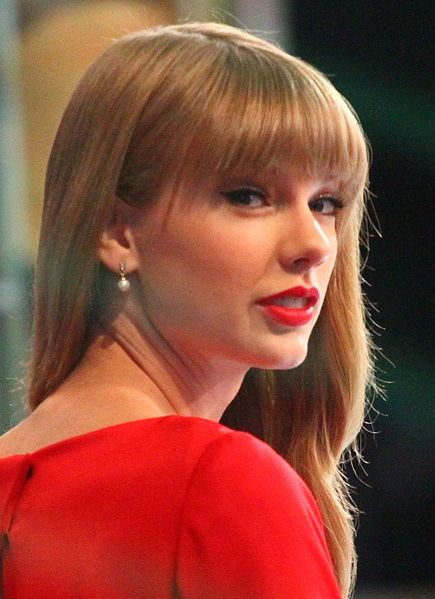 In case you missed it, Taylor Swift released new music last week, much to the delight of her fans and the likely dismay of her exes, who generally get a bit of a roasting in her catchy tunes of love and loss.

In certain circles, the release of her re-recorded version of the RED album was significant, as it further devalues her original recordings, which are owned by a nemesis of Taylor’s. It also marked the release of a longer version of the crowd-favourite song, All Too Well, widely known to be about the short-lived romance, and subsequent break up, of Taylor and actor Jake Gyllenhaal, a song famed because of the overwhelming audience reaction whenever Taylor performs it live.

The original was renowned for being heart-rending and a fraction bitter, with a splash of millennial narcissism thrown in for good measure, like references to the fact that he couldn’t get rid of a scarf she left at his sisters house “Cause it reminds you of innocence/And it smells like me” or that in breaking up with her he “lost the one real thing (he’d) ever known.”

At 25 million Spotify listens within days, the new, longer version, dishes more on the failed romance in vivid detail, as well as being made into a short film, with an added (fictitious) argument scene, and was followed up by a second never-released song written around the same time called “I Bet You Think About Me” launched with a film clip that features Taylor as the distracting other woman playing on the groom’s mind at his wedding.  Cue a large amount of ink spilt and memes doing the rounds predicting Gyllenhall’s reaction or analysing the fact of a 3 month relationship still being discussed more than 10 years later.

So what’s all this got to do with an MGL Sister in Sydney, I hear you ask? Well, I guess for me the hype and intensity around Taylor and her music in general makes me wonder whether devoted fans and casual listeners who choose to ride on the Taylor Swift emotional rollercoaster have got the critical literacy to read between the well-crafted lines of heartbreak and spite to know when a true anecdote becomes an embellished crowd-pleasing song or the inner resources to know that, cathartic as belting out bitter lines and stinging quips can be, it’s not a recommended long term strategy for healing emotional pain.

In real life, Taylor is amicable with some of her exes, and even some of the ones who’ve copped the most burns in her lyrics. Yet, as far as I can tell forgiveness isn’t a regular part of her performance repertoire.

As an entertainer, it’s not hard to see why people find Taylor’s songs of love and loss pretty captivating. As an educator and influencer upon young, and not so young, lives, you’d have to question whether you’d want some of the Taylor mindset taking root in the minds and hearts of those absorbing her work, and especially for those who do so and are also on the Christian journey.  So, until we get a 15 or 20 minute version of All Too Well from Taylor about the real journey of healing and forgiveness, allow me to fill in the lines she’s omitted and highlight where a Christian should proceed with caution before adhering carte blanche to the gospel according to Taylor:

As Christians, we choose to express the dignity of the human person by disclosing details that could damage someone’s reputation only when necessary, and with prudence.While it’s crucial to get the support you need from your close friends, family and other supports when someone hurts you, there are few occasions when a good discernment will lead you to publicly revealing intimate details of someone’s sins and transgressions. The Christian approach to avoiding gossip and slander is all based upon this same principle of the enduring dignity of the human person and the Christian call to charity and mercy, even towards the worst of sinners.

While anger is a really normal and crucial emotion to work through in any stage of grief or loss, lest we be stuck in denial, in time it is healthy that it gives way into later stages like sadness and eventually acceptance and making meaning. While anger might re-emerge from time to time in response to painful events in our lives, deliberately stoking this through vengeful thoughts or pre-occupation with what happened can be unhelpful in moving into the future with hope and acceptance, and experiencing the new life, relationships and events that await us.

It benefits no one, and least of all oneself, to exaggerate the painful events of the past. As Christians, we know that the truth can set us free, while exaggeration and untruth can ensnare and trap us. It’s true that our reaction to and pain from events can often hurt us at a magnitude that is far greater than the actual event, and this can lead us to exaggerate the event itself and think this is an objective fact, rather than our subjective experience. Some of us are carrying true and deep wounds of injustice and pain, yet many of us in our heart of hearts know that if we’re honest, there’s a need to be responsible for any part we have also played in relationship breakdown or misunderstanding. Honesty will always lead us to a level of healing that deception never can.

RED flag #4: Mind-reading and narcissism: “I bet you think about me”

As much as we’d like to think that those who’ve hurt us or broken our hearts are spending their time thinking about us, or somehow suffering for their sins in regret and deep remorse, this exercise is futile and unhelpful for our healing. While it’s natural to tend towards this line of thinking, especially desiring that we’d remain as the object of another’s affections, ultimately this does not set us free, but further ties us to the other person. Furthermore, we can never know the heart and mind if another person, so it gets us nowhere to even try. We’d be much better off focussing our attention on our own healing and getting what we need to be restored and whole again.

As cathartic as it is writing or singing angry break up songs, directing film clips (either real or in our mind) about the ways people have hurt us, seeking revenge or wishing them ill, it’s not the road to true forgiveness.I’ve heard unforgiveness described as letting the person whose hurt you live rent free in your mind, or alternatively, like drinking poison hoping that the other person will get sick. There comes a time when it’s time to let go and move on, and avoid the temptation to poke the old bruise, or re-open those old wounds. I’ve heard many people from all manner of situations speak about the freedom that came from uttering the words “I forgive” even if they didn’t even mean it at first.

Like a lot of things, how we absorb entertainment in the world around us as Christians is largely up to our own personal discernment and discretion, knowing when artists are revealing to us parts of the mystery of ourselves and God in a way that others might not be able to, and knowing when their work is taking us off course in our Christian journey.I’d hope that we’d be armed with eyes opened to the truth that what had been created primarily to entertain can never really educate us with the truths of God, or even if they can, it was because those truths were planted deep in our hearts to start with.  So belt out a cathartic break up song if that’s your thing, after all it’s been made to entertain you, but just don’t get fooled into believing it can also set you free: only God’s truth can do that.